If there is one thing Silas loved more than anything, it was cricket. He spent hours out in the garden in the summer with his younger brother playing out five day test matches. They would hold the score in their heads, know exactly who had scored how many runs, know how many overs each bowler had bowled and how many wickets they had taken in each innings. Amazingly enough, we never had a broken window.

In August, his father had the opportunity of chatting to Jonathan Agnew on the iconic Test Match Special. They talked about cancer, brain tumours, fund raising, cricket and A Mighty Boy.

A very special moment for all The Pullen Boys both big and small.

Ben also took the “behind-the-scenes” opportunity to bandana a number of England cricketers including Ian Botham for the www.itisanobrainer.com site. 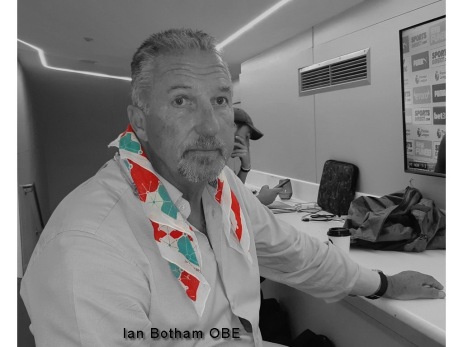